The Victory for the Coordination Office of Arabization

This article tries to examine the descriptive method of reviewing the terms that express the phenomenon of language prohibition, showing their convergence and differences with the concept of prohibited language, adopted by the Arabization Coordination Office in Rabat. This step, however, was followed by a critique of those competing terms adopted by this linguistics institution, since they do not accurately refer to the phenomenon of language prohibition. Therefore, the aim of this proposal is to try to convince the Arabic linguists to move away from all that constitutes the crisis of multi-terminology. Accordingly, the objective of this proposal is to try to convince Lingual Arab to stay away from everything that constitutes a plurality terminological crisis by calling for the adoption of standardized terminology issued by the Arabization Coordination Office format, as it is well thought out terms, it refers precisely to the crossing concepts of them, and like us for this in this article, the term prohibited language; as a term proposed by the Bureau, conceptually available all references to the phenomenon of linguistic prohibition; this phenomenon, which imposes on the linguistic group to avoid the use of certain words embarrassing or scary, and replacing it with another, its behalf, and perform the same meaning in a way less embarrassing and intimidating. 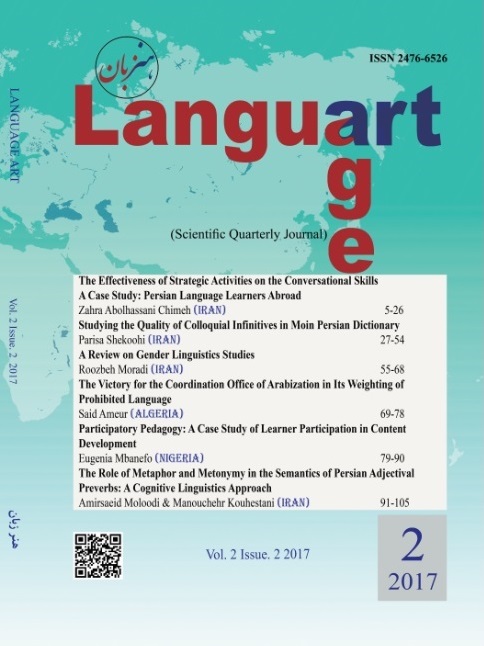